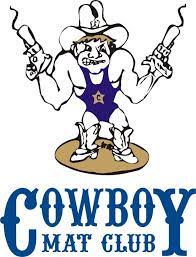 On August 31st Stephen Puckett was lovingly surrounded by family in his home as he walked into the arms of God. Born to Edsel Woodrow “Bud” Puckett and Mary Katherine (Stiles) Puckett on October 17th, 1945, he was a native to Prineville. Steve attended Ochoco Elementary, Crook County Middle School, and graduated from Crook County High School in 1964.

Steve married Delores Inez Hopper on February 11th, 1967. They were married for 48 years and had two children: daughter, Tralina Inez, and son, Stephen Peter. They managed and ran the chicken farm out McKay for approximately 4 years, while Steve worked at the Texaco, he and his brother, Sam, had opened, across from the courthouse in Prineville. Steve then took a job at, what was then, Coin Mills and worked his way up through a variety of positions, including glue-press operator, lead-man, and purchasing agent. He retired from American Pine Products as superintendent in his early 60’s. Together they enjoyed cruises with family and friends, camping at the lake, caring for their home, playing cards, driving their ‘57 Chevy Bel Air, and being involved in the community.

In his early years Steve loved bowling and was a member of Coin’s bowling team as a pro-amateur bowler, winning numerous trophies and awards. Growing up on a farm he developed an interest in horses, which lead him to become a jockey during his teen years, and then pursue Roman-style horse riding and chariot racing in his early 20’s. He rode and performed at many events here in Prineville, as well as surrounding areas. Steve had a passion for wrestling and started the Cowboy Mat Club in 1982 with his brother Woody Puckett and Bill Quant and coached for over 20 years. As his children grew, he helped them raise swine and became an active member of the local 4H program, including volunteering on the sales committee. Together, with his brother, Nathan, they began the Prineville Swine Club.

After Dee’s passing, he met Josephine Barber. They earned their certificates in square dancing and were members of the Sagebrush Shufflers. They also joined the local Elk’s Club, Eagles, as well as Veterans’ Club. Steve had many interests, including boating, camping, golfing, time with family, helping his grandchildren with 4H, playing cards, taking pride and care of his yard, negotiating prices, and finger painting. He was a long-time member and attendee of the Prineville Nazarene Church.

Steve was proceeded in death by his mother, Mary; his father, “Bud”; his wife, Dee; one brother; and twin sisters.

To send flowers to the family or plant a tree in memory of Stephen P. Puckett Sr., please visit our floral store.

A Memorial Tree was planted for Stephen

Join in honoring their life - plant a memorial tree