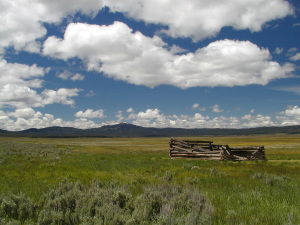 Esther was born December 29, 1949 in Brightwood Oregon to Thomas and Geneva Mohler.  She grew up in Sandy Oregon with four sisters and one brother.  Esther met the love of her life and was married February 10, 1966 to Willard (BUCK) E Harmon SR.  While raising their family Esther and Buck have lived in multiple states before settling to make there home in Prineville Oregon.

Esther had a passion for being outdoors.  She loved camping, hunting, and fishing with her family.  She enjoyed going for a drive to see the wild horses, watching the birds and any other wildlife she could find. Esther had a knack for finding unique rocks and pieces of wood. She always looked forward to family trips to cut firewood and ride in the log truck with Buck.  Her down time was passed with reading and putting together puzzles.  Esther loved to watch the change in seasons.  The color changes of the fall leave brought her so much happiness.  Holidays have always been a bright spot in her heart.  She loved the decoration and putting gifts together for everyone.  Anyone that knows Esther, knows that the most joy and happiness was found was in her family, her spouse, children, grandchildren, and great grandchildren.  There is never a dull moment in the Harmon family.

Esther Ruth Harmon lost her long battle with cancer, passing peacefully October 30, 2020 surrounded by the love of her family and her belief and strength in God.

To send flowers to the family or plant a tree in memory of Esther Ruth (Mohler) Harmon, please visit our floral store.