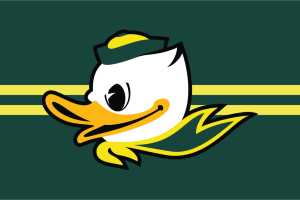 He was raised in Prineville and graduated from Crook County High School in 1960.
On July 15, 1961 he married his high school sweetheart Nancy Pollard. Their son Gary was born in 1963 and their daughter Sandy followed in 1966.

His ranching career began in 1962 working for Circle H-O Ranch for 29 years. He finished his career working 14 years with Crook County Road Department.

In Retirement his passion was attending Oregon Duck football and basketball games with his son and golfing with his buddies. Darrell was always willing to lend a helping hand out on the golf course as a volunteer. He also loved watching the Oregon Duck games on his TV and working in his yard.

He was preceded in death by his parents, sisters Betty Reynolds and Bonnie Hayes and brother Clyde.

In Lieu of flowers, donations can be made to the Alzheimer's Association to honor family members that have struggled with this disease.

To send flowers to the family or plant a tree in memory of Darrell Dean Davis, please visit our floral store.