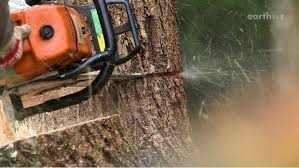 Verlon Lee Queen’s
Life Story
Nov. 29, 1939 ~ Aug. 3, 2019
~~
A Hero to some and a friend to many.
August 1st when asked what the most important thing to him was, Verlon responded
“Getting to Heaven”.
Born to Walter and Vergie Queen November 1939 in Darrington WA.
They moved to Prineville Oregon when Verlon was in the 2nd grade, were his dad Walter fell
timber until 1975
Verlon graduated from Crook County High School 1958.
Verlon started falling timber with his dad when he was 19 years old and was a 3rd generation
timber faller. Falling timber for a total of 43 years. He fell timber in Oregon, Washington and
Montana. In the early years when the butt of trees were 6 feet 8 inches and paid $4.30 a foot
were some of the best days as a faller. There were winters when there were 60 inches of snow
and they had to dig down to the base of the trees to fall them. Some of the highlights were
when Verlon, Neal Bolin and Clint Demaris started their own NCV Logging company in Central
Oregon and contracted with Evergreen Helicopter out of Portland to get the logs off of sales.
Verlon also fell timber on another big helicopter job in Washington in 1995. Falling for a number
of companies over the years with Kriege Logging and Meadow’s Logging just to name a couple
of the most recent. Verlon cut one of the last big “Pumpkin” trees in the Ochoco’s.
He married Patty Craig in 1958 and started a family having 2 children, Randy and Debbie both
being born in Prineville. They moved the family to North Carolina for a short time when the kids
were young before returning to Prineville.
He married Nancy in April 1992 and they blended their families. Blessed to have each other.
He continued to fall timber until the industry had faded. At that time he self contracted to help
with wildfires as Ground Support. He attended and supported a number of fires in Central
Oregon for 7 years. Verlon worked at Cross Street Station for 8 years as a gas attendant before
fulling retiring. He always said he was not a “people person” but I think most of us would
disagree. ;) Verlon found himself looking for something to do to help fill his days and took on
detailing vehicles. He was VERY much a neat and tidy person and when it came to cleaning
vehicles he could make a pile of mud and dust shine line a new penny.
Verlon and Nancy enjoyed traveling to the Oregon Coast for quick getaways. They drove twice
cross country to the East Coast and flew a few times as well to visit family. He so enjoyed the
historical monuments, museums and visiting old cemeteries.
He loved family holidays and gatherings and attending the grand kids sports events. I think we
all would agree, his grandkids were all very special to him. He loved spending time with them,
laughing, telling stories we wouldn't have always agreed with, teaching them life lessons in
listening to his advice. He loved being with Randy, Garrett and the hunting crew during hunting
season. He was known for his sense of humor, quick wit, contagious personality and his
character. There was not an event that he attended where he didnt light up the room with his
amazing smile.
Hobbies that Verlon enjoyed;
He loved being in the woods whether it was working or weekend drives, his comfort zone was
being in amongst the timbers and smoking his Camel tobacco sticks.
Playing guitar and listening to country music with Johnny Cash, Conway Twitty, Merle Haggard
and Willy Nelson just to name a few. His choice of TV was watching good old western movies,
college & NFL football. His choice of books was reading western novels. Verlon loved to cook
and BBQ and he made the BEST potato salad.
Verlon was an amazing brother, husband, dad, Pa/Papa and uncle. A HERO to some and
friend to all who knew him. He will be greatly missed, as he touched so many lives.
Survived by his wife Nancy.
Kids Randy (MaryAnn) Queen in Sparks NV., Debbie (Eddie) Bennett in Prineville OR, Melissa
(Kevin) Meeker of Prineville OR and David (Jennifer) Byram in McMinnville OR.
Brother Jim (Kay) Queen in Alabama and 2 nieces Kim and Marni Queen in North Carolina.
13 grandchildren and 8 great-grandchildren.
Preceded:
Parents: Walter and Vergie Queen
Grand parents: Mr. & Mrs. Norman and Mr. & Mrs Queen