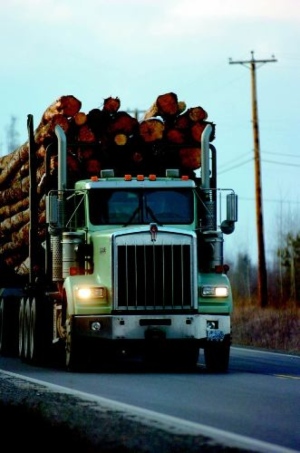 Marlynn Lee Younger 72, went home to be with the Lord on October 27, 2019, surrounded by his family and friends. Marlynn was born December 25, 1946 in Globe, Arizona to Jackson Younger and Linnie (Lofton) Mann. He lived in Mt. Vernon, Oregon until he was 15 years old and then moved to Prineville in 1962.  He met his wife Carolyn Adams in 1966 and they married on June 16, 1967; she was 16 and he was 20. They were married for 52 years. Their first son Ty Lee Younger was born September 19, 1968 followed by Lance Coleman Younger on March 25, 1972. Both of Marlynn’s sons were very close to him ( he was their hero). They loved to restore old Chevrolet cars and pickups, build trailers, go hunting, boating, camping, snowmobiling and four-wheeling together. Marlynn worked in construction, drove lumber truck for Hudspeth, and log truck for Stafford Logging. He taught both of his sons to drive log truck and the three of them worked for Stafford Logging together.  Marlynn retired in 2003 due to his health and this gave him the opportunity to do the things he loved like spending time with his family and grandchildren. He also loved gardening, yard work and puttering in his garage. He was a man of many talents, he could fix or repair just about anything. Marlynn is survived by his loving wife , Carolyn; son Ty (Barbara) Younger of Atoka, TN; Lance (Billie) Younger of Prineville, OR; mother, Linnie Mann of Prineville, OR; grandchildren Stephanie (George) Forbess of Idaho; Lindsey (Jacob) Moore of Brighton, TN; Brylee (Jessica) Younger of Munford, TN; Wayde (Kelsey) Younger of Gates, TN; Mckayla Younger of Prineville, OR; Vanessa Younger of Prineville, OR; great-grandsons, Zachary Younger, Austin Smith, Bentley Forbess, Caleb Forbess, Conley Forbess of Idaho; great-granddaughters, Madelyn, Olivia and Everlee Moore of Brighton, TN.  Brother, Alan Younger of Baker City, OR; Sister, Ginger (Johnny) Webb of Prineville, OR; and father-in-law, Arthur Adams of Prineville, OR. He is proceeded in death by his father Jackson Younger and step-father Clarence Mann; mother-in law Geneva Adams ; grandparents, Ben and Alta Lofton; Charlie and Delta Younger; and sister-in-law, Sherry Younger.

Graveside services will be held Friday, November 1, 2019 at 2:00 p.m. at Juniper Haven Cemetery in Prineville, OR. Prineville Funeral Home is in charge of arrangements. Potluck gathering at Prineville Praise and Worship, 905 NW Deer St., Prineville, will follow.